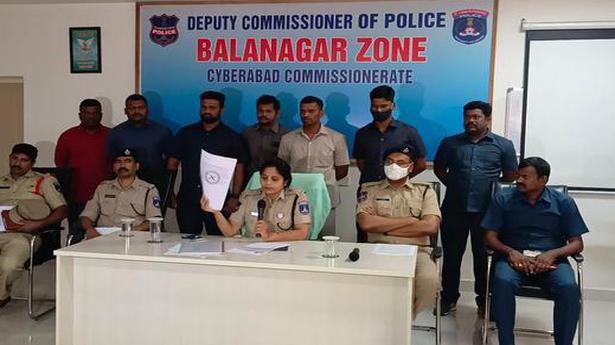 Three people, including the manager of an app-based instant loan company, were arrested by Pet-Basheerabad police on Friday in connection with the “forcible killing” of a 36-year-old private employee on January 2.

She said the victim – Chandra Mohan – borrowed money from over 11 instant loan apps and repaid over ₹2 lakh. However, when the operators of these companies harassed him to pay extra, he resorted to the extreme approach at his home.

During the investigation, the police discovered that the apps from which Chandra Mohan borrowed loans were operated in different parts of the country including Delhi and Bengaluru. Special teams were formed and three people were taken into custody.

Explaining the modus operandi, Ms Padmaja said the defendant advanced small sums as a loan through different apps and collected the money by harassing and blackmailing the borrowers.

She said defendant Hemanth developed the apps with the help of a Michael from China and operated the business from Gurugram to maintain the customer database.

Similarly, Manjunath and Abdul Lauk, who worked for two different companies in Bengaluru, developed their own apps and “looted” people, the officer said.

Police froze over ₹65 lakh in seven bank accounts and seized two laptops and five mobile phones in their possession.