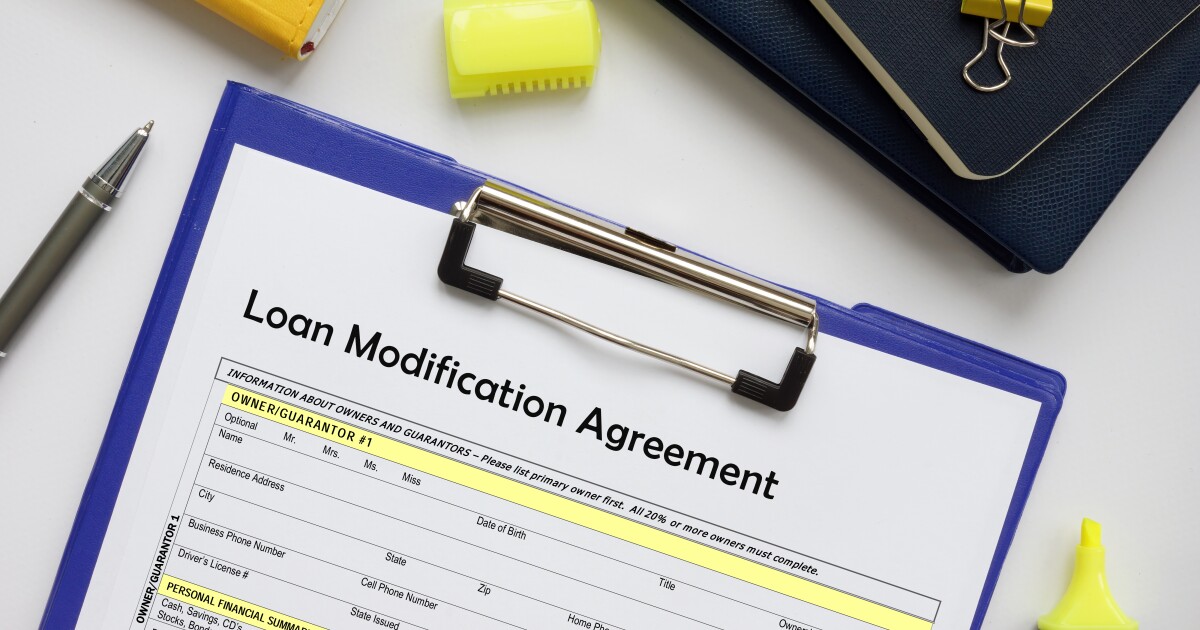 Severe delinquencies improved in the fourth quarter of 2021, but modifications and the start of foreclosures increased as borrowers left abstention en masse, according to the Office of the Comptroller of the Currency.

Amendments completed and foreclosures initiated each increased by around 40% on a consecutive quarterly basis, while the percentage of loans with payment arrears of 60 days or more fell to 2.3% from 3.1%, according to the OCC’s Mortgage Metrics report. Mods rose 40.8% to 47,488 and foreclosures jumped 39.9% to 1,294, the report said, reflecting first mortgage activity accounting for 22% of all residential mortgage debt in courses in the United States.

The figures show that banking services in this group worked to quickly process relatively high volumes of mods and a smaller number of foreclosures initiated, as borrowers exited pandemic-related payment holds with continued difficulty.

Over 97% of the changes tracked by the OCC reduced monthly payments and also included other affordability features such as term extensions or interest rate reductions.

While banks had to deal with a higher number of struggling mortgage borrowers in the fourth quarter of last year, the numbers were still much lower than they were in 2020, when the pandemic was at its peak. and that vaccines were still pending. The percentage of healthy loans in the fourth quarter of 2021 rose to 96.4% from 93.3% a year earlier, when the share of severely delinquent loans was 5.2%.