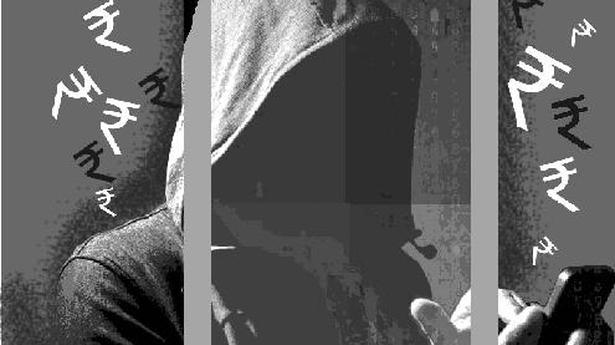 When Hemanth and his friend Chiranjeevi approached the police earlier with a cheating complaint against a company that had recently hired them, little did they know they would be part of a massive mobile loan app scam with alleged links. with Chinese nationals.

The pair, both in their early 30s, had posted their CVs on recruitment sites earlier this year and were surprised when a human resources manager offered them a deal that seemed too good to be true. They were offered “director” positions and a guaranteed salary with little else to do. All that was required of them was to present their personal documents, including their Aadhaar and PAN cards. They didn’t even have to show up at an office.

However, after two months without even receiving a single rupee from their employer, the duo contacted the police in November. Police from the Central Crime Branch (CCB), which took on the case, unearthed a network of 52 companies that allegedly robbed customers by offering high-interest loans and processing fees through apps . At the head of this network was Licorise Technology Pvt. Ltd., a company in Munnekolala, Marathahalli, which allegedly employed unemployed BPO employees as loan collectors.

The accused offered micro loans of as little as ₹1,000 with interest rates as high as 15-20% of the total loan amount. Interest rates were also compounded on a weekly or fortnightly basis. They also charged high processing fees, almost half of the granted loan.

The apps, once installed by borrowers, would allow access to all their phone contacts, gallery and other sensitive information. Management ran a full-fledged “call center” with 50-80 employees whose job was to convince people to download the apps and apply for a loan. By downloading the apps, customers gave them access to their contacts and other information.

So far, the CCB has announced that it has arrested Licorise Technology human resources manager Kamaraj More, 25, and team leader Darshan Chavan, 21, for uttering threats to debtors. CCB officials declined to release details of the other suspects and those most senior in the company’s management.

Call center executives were offered salaries based on the percentage of loan recovered from customers who downloaded the apps. “They have been told to obtain dues from customers by hook or by crook using coercion, abuse and blackmail if necessary,” a police officer said.

The defaulters were humiliated in front of friends and acquaintances with messages that the victim had “cheated” someone. Others have had their photos transformed and shared on social media as blackmail.

Even though bank accounts opened in their names showed transactions amounting to thousands of rupees, the duo were told that the businesses were making losses. The CCB uncovered 52 such companies.

When the CCB’s economic crimes wing raided in November, it said the companies had links to registered non-bank financial companies (NBFCs) for loan disbursement. “These companies didn’t even offer loans. They get loans from NBFCs, deceived customers. Any windfall was transferred out of the country to China,” a CCB official said at the time.

Another official said the CCB was looking for handlers suspected of being from China. “The defendants told police they were hired by a Chinese national through online interviews and were being given instructions over phones and messages,” he said.