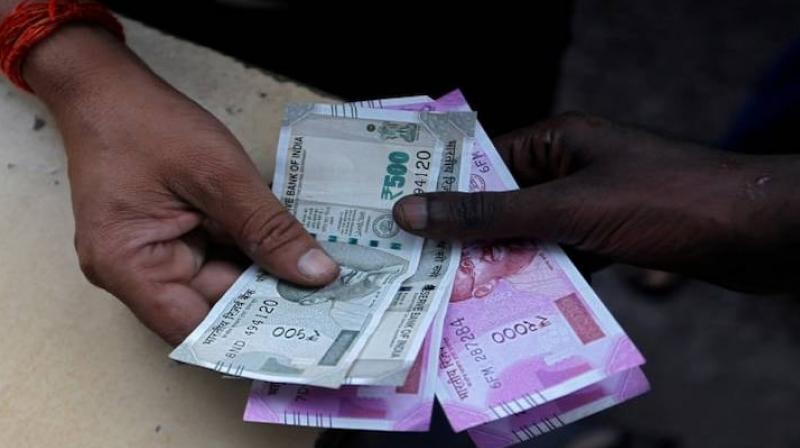 Hyderabad: It turns out that the majority of the victims of the loan application scam are well-educated people and IT professionals. Police said they wrote to Google urging it to remove 158 instant loan apps from the Google Play Store.

“When downloading an app, regardless of the threat level, always check the permissions it asks for and also check the reviews. The most common target audiences are educated people and small business people on a small scale affected by the sudden closures and economic downturn,” police said.

Cyberabad Police officials said that after a client downloads an application and uploads the requested documents, the loan amount is credited to the applicant’s bank account. The customer’s phone numbers as well as the numbers of his family members are shared by the application company with others. After a customer has been granted a loan, the callers and agents of about 20-30 similar apps call the customers and urge them to avail more loans. They would say, “You are eligible because your credentials have been verified by the company you took the first loan from.”

Many customers have fallen for this trick and ended up borrowing up to the maximum of Rs 50,000. “The interest rate is 35%. After the due date, a fixed penalty of Rs 3,000 per day is levied on the customer. Many customers end up borrowing more to pay off a previous instant loan, and end up in a deep pit from which it would be difficult to escape,” the cops explained.

“It was a desperate time. A short-term loan seemed like a big help to me,” says a victim of the sensational loan app scam who was harassed and abused by callers, causing a extreme tension that plunged him into depression.

“I had suddenly lost my job and I had to meet essential requirements. I had no idea that borrowing just 8,000 rupees would mean that I would end up paying back 30,000 rupees in high fees and interest,” he said.

Requesting anonymity, the victim said he had to take care of his children’s school fees, the EMI car, the EMI house, the medical needs of the parents, which accumulated after his company dismissed. “I ran out of savings over the next few weeks and came across the money lending apps that give instant loans with a decent repayment term. Assuming I’ll find another job, I took advantage of the loan and I took the money after a 10% TDS deduction,” he said.

“Although I repaid the loan, a little late, the customer service managers called me and said that the app charged 30% interest and I had to pay Rs 9,000 more. This is significantly higher than the interest charged by any RBI approved institution,” the victim noted.

When questioned, customer service began to abuse him and threatened to call his friends and family as well.

In addition to imposing heavy penalties for late loan repayments, its agents also blackmail and threaten customers. “On the due date, penalty customers are called as D-0 buckets. After the due date from day 1 to day 3, this is bucket S1; from day 4 to day 10, c ‘is bucket S2; and from day 11 to day 30, it’s bucket S3,’ explained the officials investigating the matter.

The client, or the victim, is treated according to the compartment in which the client is located.

After the due date, the victim will be harassed by dozens of calls. “During the S2 bucket, abusive calls will come to family members. Later, threats and blackmail would start. Finally, they access contacts of clients’ relatives and friends and send them WhatsApp messages defaming the defaulter,” explain officials investigating cases.

It was after the deaths of three people that cops and other authorities woke up and launched a crackdown on the crooks, said a psychologist who followed the scene.

“A person who is harassed and humiliated could easily suffer from depression, suicidal tendencies and severe anxiety, especially when their social circles are also targeted.”

Dr Meena Hariharan, Professor of Health Psychology at University of Hyderabad and President of the Association of Health Psychologists of India, noted that the mental health of the population is already low due to the lockdown. and the resulting life adjustments.

“It becomes a matter of an individual’s self-esteem and value system. When someone breaches that, the mental state can become very unstable. When their social life is targeted, it doesn’t there’s no way to rectify his image with all these people. For any self-respecting person, it will be too much to bear,” she said.