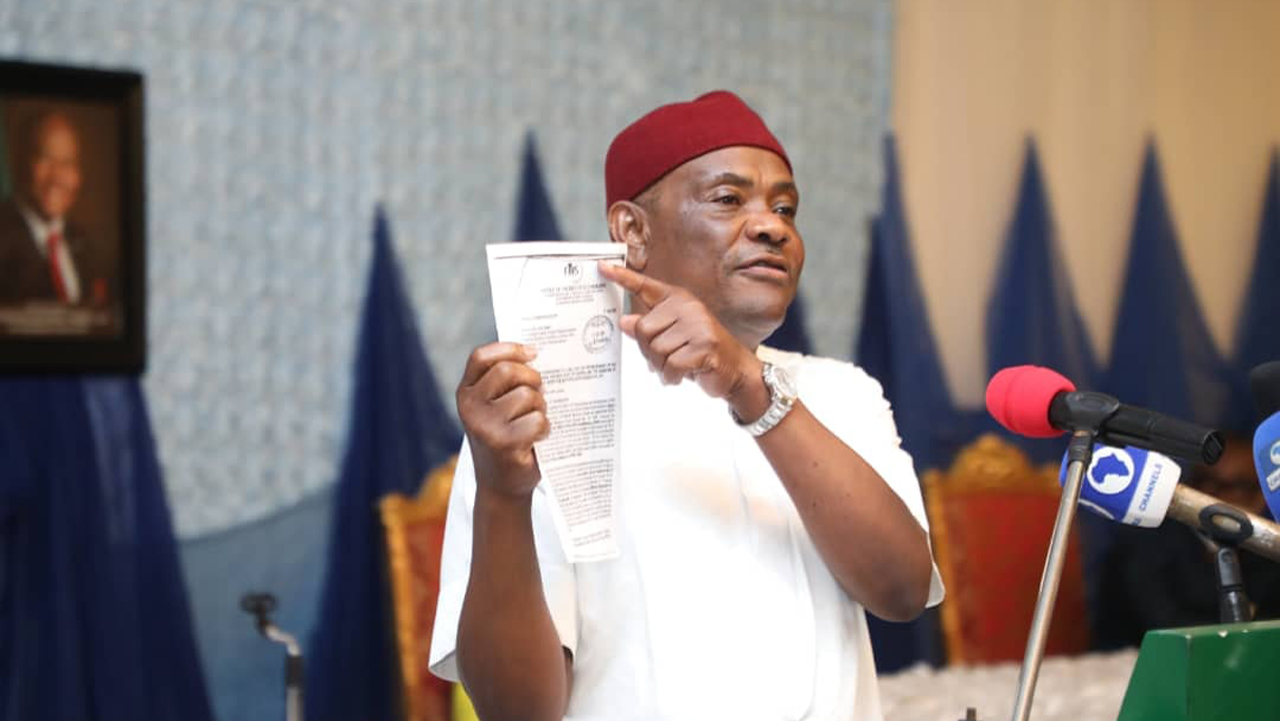 Rivers State Governor Nyesom Wike yesterday accused the federal government of excluding Rivers State from projects to be executed with the new loan requested from the World Bank.

He said there was a need to encourage states to exploit their resources and generate income, including value added tax (VAT) to advance their development.

Wike said so yesterday when The Sun’s managing director and editor-in-chief Onuoha Ukeh led a delegation to present him with a letter of nomination as the Sun Man of the Year 2020 Award at Government House, Port Harcourt.

In a statement issued by his special media assistant Kelvin Ebiri, the governor noted that there have been attempts to prevent Rivers and other states from updating constitutional provisions that allow them to exploit their resources and their income, in particular VAT.

He denounced the situation where the legality of states collecting VAT was not considered on the merits of the law by some public commentators and some governors, adding that they were instead politicizing the issue and seeing it through the prism of ethnicity. and religion.

Wike insisted it was illegal for the Federal Inland Revenue Service (FIRS) to continue to collect VAT from states, describing it as “theft from states.”

He explained that Lagos State launched the competition against VAT collection because the state sued the federal government to the Supreme Court, pointing out that Rivers State only avoided the pitfall by suing FIRS for illegally collecting VAT in the state.

â€œVAT does not appear in Articles 58 and 59 of the second annex of the Constitution of 1999 (as amended). He is not in the competing list. Therefore, it falls under the residual list and is not debatable. That nothing happened yesterday doesn’t mean it won’t happen today or tomorrow, â€he said.

The governor lamented that instead of praising the Rivers State government for seeking to entrench fiscal federalism and constitutionalism, a governor had threatened that the ruling declaring that states had the right to levy VAT in their jurisdiction would not be maintained.

Wike insisted it was discriminatory for the federal government to exclude Rivers State from projects it was seeking new loans to execute across the country.

Speaking, Ukeh said Wike had been nominated for the Sun Man of the Year 2020 award for his contributions to the socio-economic development of Nigeria and the promotion of fiscal federalism with his stance on VAT, which he said would help restructure the country.

He congratulated the governor on his performance, especially on the infrastructure revolution in Rivers State.