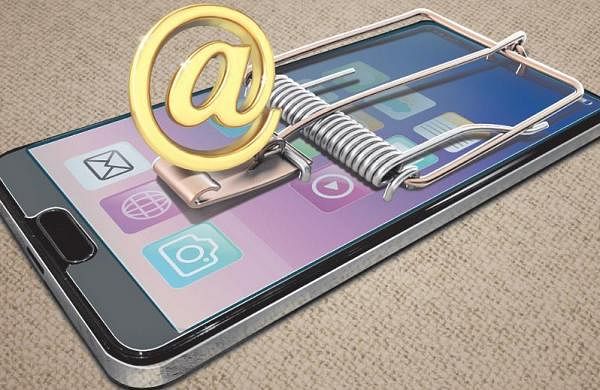 BENGALURU: As cybercrime is on the rise in India, Karnataka’s cybercrime branch is asking victims to file complaints immediately, but little action is being taken against the crooks. One such scam is the Koko Loan app, available on Google Play Store. Although the app has been inundated with positive reviews and sits on a 4.9 rating, there are several complaints that it is an organized scam.

“I downloaded the app because I needed money, I had used similar loan apps before so I uploaded the relevant documents and my bank details. They offered me Rs 7,000 , way less than I wanted,” said Bangalore resident Sachin Gowda.

Soon after, around 4,000 rupees were credited to Sachin’s bank account. A week later, according to Sachin, he began to receive messages from several numbers, posing as representatives of the application, asking him to repay the loan. “They started sending me links to UPI IDs that didn’t work and asked me to refund 7,000 rupees after just six days,” he said. It was almost double the amount credited.

Chandana P, a former resident of Bengaluru faced the same problem. “I downloaded the app to check my eligibility for the loan, but they credited Rs 4,640 to my account. I visited my bank, but they could not give me details of who credited the amount , because it was done by netbanking. Four days later I started getting calls from several numbers to refund 8000 rupees,” Chandana said. She alleged that the scammers sent her photos from her gallery and threatened to create a WhatsApp group with his contacts and send them his contact details.

The app also has many negative reviews, which tell the same story of money being credited without consent, and demanding to pay double the amount. However, although Chandana and Sachin have filed complaints separately, no action has yet been taken. “The Cyber ​​Crime Branch transferred my complaint to the local Bhadravati Police Station, but they only told me to ignore the messages,” Chandana said. She had downloaded the app on February 19 and to this day she receives messages from representatives.

With no response from the police despite filing a complaint on February 14, Sachin changed his number and is now left alone. Bharath Kumar, a sub-inspector at Bhadravati Old Town station, where Chandana’s complaint was transferred, said it was difficult to track the people behind the case as they were based in New Delhi.