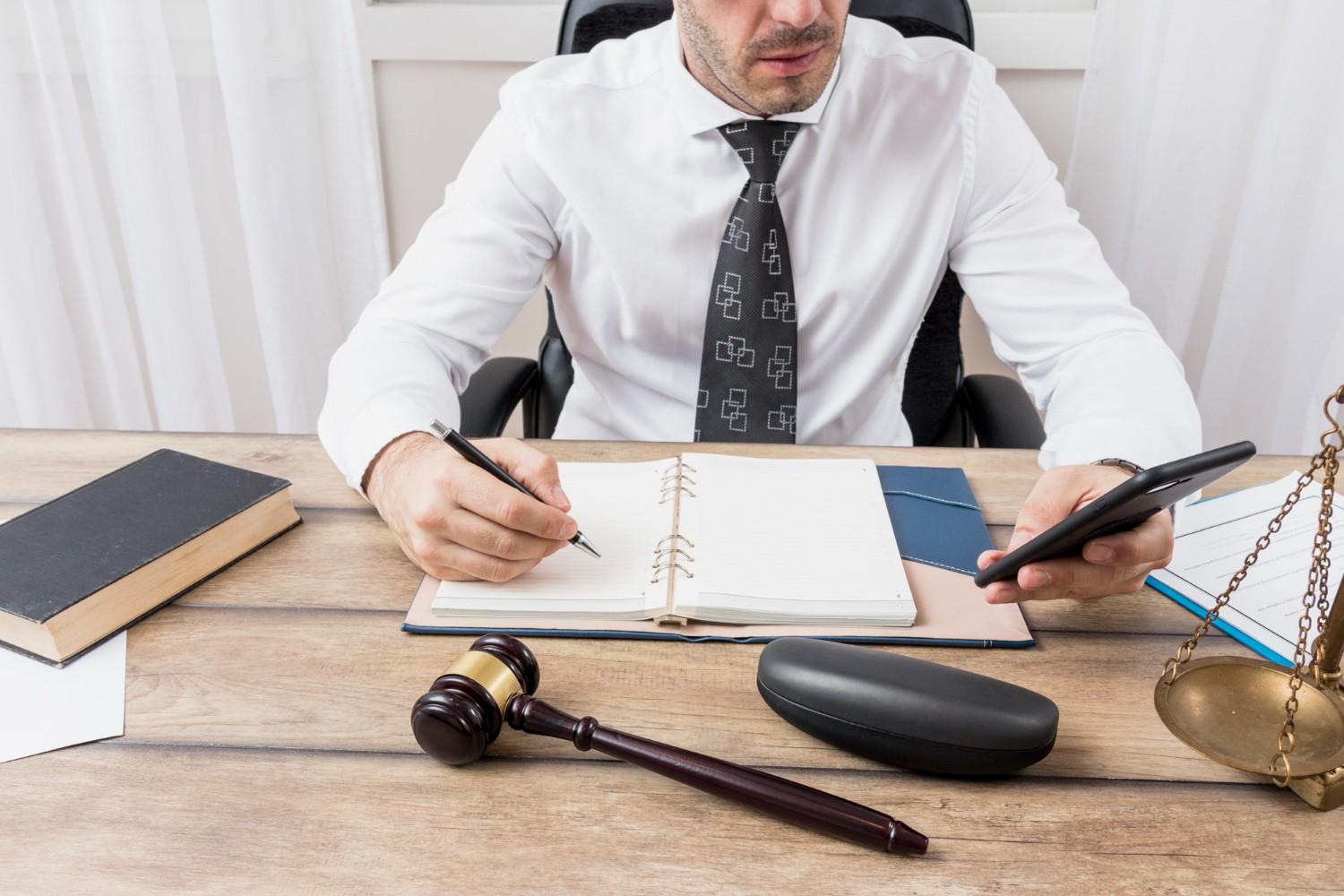 They also investigate cases involving the bank or credit agency from which they borrowed or made a deposit. The parties to the lawsuit do not know this, the judges not claiming to have a contractual relationship with the banks.

We investigated the 2019-2020 decisions of the judges of the Court of First Instance who considered civil cases involving declarations of property, income and profits that have been submitted to the Commission for the Prevention of Corruption.

Naira Avetisyan, judge at the Yerevan Court of General Jurisdiction, signed a to lend of 38,255,000 drams in 2019 from Inecobank CJSC and has remitted all of this amount to Siams LLC, which is engaged in the construction of apartments. In other words, Judge Avetisyan took out a mortgage for an apartment.

Through the Datalex information portal, we randomly selected the judge’s court cases from May 2019. During this period, 31 cases were found in the judge’s proceedings in which the plaintiff was Inecobank. In all cases, the lawsuits were settled in favor of the bank.

We tried to find out from the judge whether her significant loan obligation to the bank prevented her from considering cases involving the same bank and whether she had disclosed to the parties to the lawsuits with Inecobank that she had a contractual relationship with the bank.

Some time after listening to the questions, a member of staff relayed, â€œJudge Avetisyan is very overloaded and cannot speak to you for this reason.

In 2020, Matinyan had a loan and deposit of around 49 million drams with Inecobank.

In May 2019, the judge oversaw 38 trials involving Inecobank, 34 of them were settled in favor of the bank, of which 2 were made redundant and 2 are still in progress.

Judge Matinyan’s staff promised to answer questions the next day, but the judge did not respond.

Manuk Margaryan, judge at the Court of General Jurisdiction of the Aragatsotn region, had a contractual relationship with the bank. More specifically, in 2019, it has exited a 24 million dram loan from Converse Bank CJSC. In one case he gave a loan of $ 24 million and in another a loan of Drams 4,800,000 to Jaf LLC. The latter is engaged in housing construction projects in Yerevan. In this case, as in the others, it turned out that Judge Margaryan had taken out a mortgage for an apartment. The judge supervised 3 lawsuits against Converse Bank in May 2019; the Bank has won all cases.

Manuk Margaryan also did not provide an explanation.

Alfred Vardanyan, judge at the Lori Marz General Court of Justice, deposited $ 3,500 in 2019 and the same amount in 2020. In addition, he took out 4 loans from Inecobank CJSC for a total of 7 million drams and approximately 1,500,000 drams from ACBA Bank CJSC.

In May 2020, the judge supervised 12 lawsuits against Inecobank, of which 8 were won, 2 were lost and 2 were returned.

In a conversation with us, Alfred Vardanyan said that there is no need for coercion when it comes to taking out loans and reviewing cases dealing with the same banks.

As for the disclosure of contractual relationships during court hearings, according to Judge Alfred Vardanyan, mandatory self-disclosure is not provided for by law.

The judge was asked if he saw the need to reveal the judge’s contractual relationship with the bank during the hearing, given that the party challenging the bank is not aware of this fact and not all citizens do. do not have the capacity to discover this information.

â€œThis is why I made the comparison with other services: Banks, Veolia Water, electricity networks, Gazprom, and telecom services are all equal. Let’s leave the position aside [of a judge]. We are all citizens of this country and we use the services provided in the country. We have no choice but to use the services provided in the country. Therefore, all judges use public services that are offered to all citizens equally. Therefore, there is simply no need to require by law that specific disclosures be made, â€Judge Vardanyan replied.

As far as we know, it appears that unlike other service tariffs, which are the same for everyone, banks play under different rules and information is protected by â€œbank secrecyâ€. Therefore, the party involved in a legal dispute cannot be sure that the bank will not favor a judge reviewing their case.

â€œI can say on my behalf that in my opinion there is no risk. The provision of public services is for everyone, â€added Alfred Vardanyan.

Right here We have compiled a list of all the judges who have reviewed cases related to a bank where they took out a loan or made a deposit in 2019-2020. Thanks to this database, readers who are in dispute with banks can find out whether the judge hearing the case has a contract with that bank or not.

However, there are risks.

We also sent written questions to the Supreme Judicial Council (CJS) regarding the contractual relationship between judges and banks / credit unions. SJC member Davit Khachaturyan said the council did not have information on loans and deposits from judges reviewing civil cases.

As to whether the participation of the creditor bank in the case itself carries a risk of corruption and constrains the judge, according to Davit Khatchatourian, it depends on the specific circumstances of the case.

According to the CJS member, the situation in which the judge requests a loan during the hearing but has not yet received it because the request is under consideration is different from the other case, where the judge received the loan on par with other borrowers before the hearing.

We asked if the CJS had already discussed the above issues and came to any conclusions.

SJC member Davit Khachaturian replied that the issue had only been discussed on a working scale, but had not been the subject of disciplinary proceedings.

â€œAt the same time, we would like to inform you that on June 1 of this year a discussion took place at the Academy of Justice Court of Cassation and the Superior Council of the Judiciary. One of the subjects was to ensure the morality and impartiality of the judges, including the disclosure of the fact that a judge received a loan from a credit union participating in the case, â€notes D. Khachaturian.

Lawyer Gevorg Gyozalyan told us that he sees no real risk of conflict of interest in this case, as banks are service providers, and in this case the judge is simply using the service. The fact that the judge uses the services of the given bank cannot be a reason for withdrawal or withdrawal.

“When the judge has a problem with the bank whose case he is examining, it is different,” said lawyer Gyozalyan, stressing that in these cases there is a conflict of interest, because when the judge is a borrower to problem, there may be doubt about shady matters. That is, a reasonable suspicion may arise that the judge may take this measure so that his property is not confiscated or for other reasons arising from personal interest.

The lawyer mentioned that in his practice there was no recorded case where a judge in court disclosed bank deposits or loans when reviewing cases from that bank.

Another lawyer, Gevorg Davtyan, mentioned that there are risks but the risks mainly relate to problematic court cases. That is, in cases where the court can make a decision in favor of a plaintiff or defendant on the basis of the data submitted to the court, then the risk is quite high and these cases require investigation. special.

According to the lawyer, the risk increases especially when the judge does not fulfill his obligations. For example, if a judge is absent for two months and is not fined by the bank during the examination of the bank’s problematic files, the independent observer may have a reasonable doubt as to the impartiality of the judge’s decisions. At the same time, Gevorg Davtyan mentioned that lawsuits brought by banks are basically the same: they are straightforward and very often looked at in a straightforward way â€¤ The examination of these cases by the judges is almost risk-free.

As the information contained in official agreements between judges and banks / credit unions is protected by law, it is not subject to publication. Judges do not account for the relationship and the risk of bias in reviewing bank records is not reduced.

If you have found a typo, you can let us know by selecting the text box and pressing CTRL + Enter